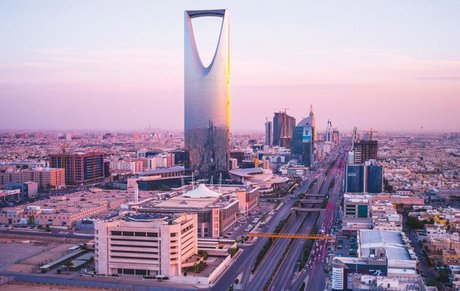 Saudi Arabia has slammed a controversial Israeli law as "perpetuating racial discrimination" against Palestinians by defining the country as the nation state of the Jewish people, state media reported.

The law adopted by Israel's parliament on Thursday also defines the establishment of Jewish communities as being in the national interest and downgrades Arabic from an official language to one with special status.

The source called on the international community to "confront such a law and or other Israeli attempts, aimed at perpetuating racial discrimination against the Palestinian people", SPA reported.

Saudi Arabia said the adoption of the law would also be a barrier to ending the decades-long Israeli-Palestinian conflict.

Prince Mohammed in April said in a magazine interview that Israelis as well as Palestinians "have the right to have their own land".

Arab citizens account for some 17.5 percent of Israel's more than eight million population and have long complained of discrimination.

Adoption of the law "reflected the regime of racism and discrimination against the Palestinian people," GCC secretary general Abdullatif al-Zayani was quoted by SPA as saying.

Zayani accused Israel of trying to obliterate the Palestinians' "national identity and depriving them of their legitimate civil and human rights on their occupied homeland".

Which country denies the right of its citizens to acquire construction permits for basic things such as homes and schools? Which country flattens complete villages to erase the History of its inhabitants?

I’m no fan of KSA, but the ruling prince allowed the Lebanese Maronite community to build churches .so you’re wrong again. Plus don’t forget that the Arabian peninsula was inhabited by Christians and Jews before Islam. So, these people you use hate so much used to be Jews....

Israel is a colonial ethnic cleansing settler state where most of the indigenous natives were expelled. KSA's indigenous population is 100% Muslims. The KSA does allow Zionist Jewish criminals like Kushner in their country. The KSA and Israel's years are numbered.

Hey dimdim, every country’s days are numbered, the planet is dying.

So what are the Saudis going to do about it? Cower in fear as always?