Robert Redford 'Retiring from Acting' at 81 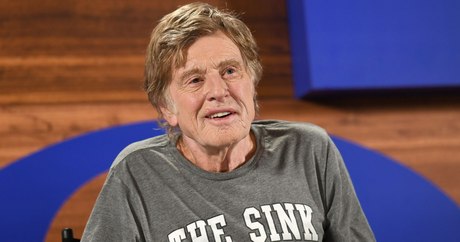 Robert Redford says he is retiring, at least as an actor. The 81-year-old Oscar winner has said the upcoming movie "Old Man & His Gun" will be his last acting gig.

"Never say never, but I pretty well concluded that this would be it for me in terms of acting, and (I'll) move towards retirement after this 'cause I've been doing it since I was 21," he told Entertainment Weekly.

"I thought, well, that's enough. And why not go out with something that's very upbeat and positive?" he added.

In "The Old Man & The Gun," directed by David Lowery, the Californian star plays Forrest Tucker, the real-life career criminal who robs banks and escapes prison.

"To me, that was a wonderful character to play at this point in my life," he told Entertainment Weekly. Tucker's crime spree lasted more than 60 years. Redford began his own acting career in the 1960s.

He co-stars with Sissy Spacek and the film will be released in the United States on September 28.

But asked if his prospective retirement would extend to directing, Redford was tight lipped. "We'll see about that," he said.

Redford won an Academy Award in 1981 for best director for "Ordinary People" and has a string of other directing credits, including the critically claimed "A River Runs Through It" and "Quiz Show".

As an actor, he remains best known for his break-out role in "Butch Cassidy and the Sundance Kid," as well as "The Sting" and "All the President's Men."

Redford also founded the Sundance Institute in Utah for aspiring filmmakers and its annual film festival is one of the most influential in the world.