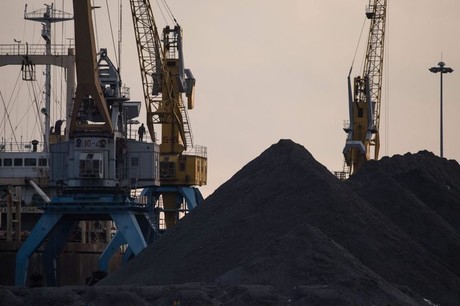 More than 35,000 tonnes of North Korean coal and iron were imported into the South via Russia between April and October last year, the Korea Customs Service said, warning that "any ships that are believed to have violated UN sanctions will be impounded or banned from entering South Korean ports".

The coal shipments were first sent to Russia, where their details were disguised using forged "country of origin" documents, and then reloaded on ships bound for the South, the customs office said in a statement that followed a 10-month investigation by the authorities.

"Korea Customs Service has confirmed seven criminal offences and it will report three persons and three companies to prosecution authorities with a request to indict them", it said.

News of the apparent breach comes after a UN report last week accused the North of evading sanctions by continuing to export coal, iron and other commodities as well as carrying out illegal ship-to-ship transfers of oil products at sea.

Deliveries of iron and steel to China, India and other countries generated nearly $14 million from October to March, the report said.

Last year the UN Security Council adopted a series of resolutions to ban North Korean exports of commodities in a bid to cut off revenue to the isolated regime's weapons programmes.

A recent diplomatic thaw culminated in a historic meeting between the North's leader Kim Jong Un and US President Donald Trump in Singapore in June.

But there has been little evidence of concrete post-summit progress on the key issue of denuclearisation, with the North attacking the US for "gangster-like" demands of complete, verifiable and irreversible disarmament.

Russia and China have called on the Security Council to consider easing sanctions to reward North Korea for opening up dialogue with the United States and halting missile tests.

But Washington has urged the international community to maintain the sanctions pressure in a bid to compel the regime to give up its nuclear weapons.