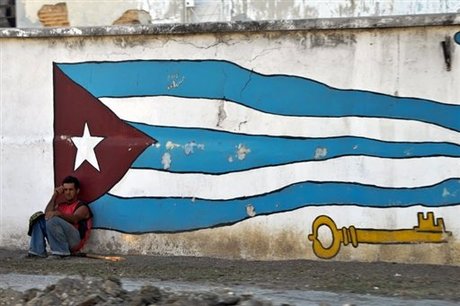 The Caribbean nation's parliament in July approved a new draft constitution that will be submitted for citizens to debate from August 13 to November 15. The current version was passed in 1976.

"We have a very important challenge, which is to prepare ourselves to participate in the consultation process for our new constitution and the unconditional support on February 24," Revolutionary Armed Forces major Lazaro Arronte told channel Cubavision.

The new constitution would recognize for the first time the role of the market and private sector in the island's heavily controlled socialist economy, though under the watchful eye of the Communist Party of Cuba (PCC).

The changes would give legal backing to economic reforms initiated a decade ago by former president Raul Castro, which have now been left in the hands of his successor Miguel Diaz-Canel.

The document would also provide a legal path for same-sex marriage, an important demand of the socialist island's LGBT community.

Cuba plans to let its 1.4 million expatriate citizens contribute to its new constitution, the first time emigrants will have a say in the island's affairs since the 1959 revolution. However, it is not known if they will be able to participate in the referendum.

The referendum's date coincides with the anniversary of the proclamation of the current 1976 constitution -- and with the beginning of the Cuban War of Independence in 1895.