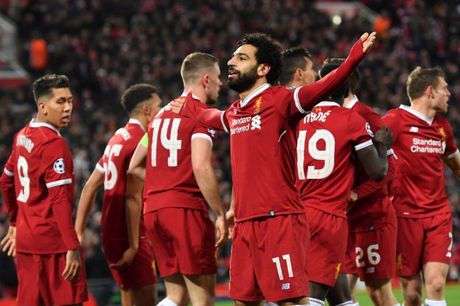 Jurgen Klopp is trying to keep a lid on expectations, but ahead of the new Premier League season, Anfield is brimming with excitement that Liverpool could finally end a near three decade wait to be crowned champions of England.

Often outgunned by the riches of fierce rivals Manchester United and the oil-backed wealth of Chelsea and Manchester City in recent times, this summer Liverpool were the Premier League's biggest spenders in a reported £170 million splurge ($219 million).

"We had to create a squad which is strong enough and wide enough to cope with the Premier League and to be as successful as possible," said Klopp on Friday.

The club's business was also done early to give Brazil's number one Alisson Becker and midfielders Fabinho, Naby Keita and Xherdan Shaqiri time to bed in before their campaign kicks off at home to West Ham on Sunday.

Just as importantly, unlike Luis Suarez and Philippe Coutinho who were lured away from Anfield to Barcelona in recent years, Mohamed Salah and Roberto Firmino signed new contracts as a statement of intent of what is to come for Klopp's Liverpool.

Despite not winning a trophy since the charismatic German coach took charge in 2015, the Reds are also building from position of strength.

A run to the Champions League final in May before losing out to Real Madrid showed both how far Liverpool had come in his time in charge, but also where there was room for improvement.

Two monumental errors by Loris Karius forced the club to bite the bullet and spend big for a top class goalkeeper.

The 72.5 million euro ($84 million) fee paid for Alisson was a world record for a 'keeper, but just a few weeks on seems reasonable compared to the 80 million euros Chelsea splashed out for the far more inexperienced Kepa Arrizabalaga from Athletic Bilbao.

Madrid also outclassed Liverpool in midfield in Kiev, as they have done to most sides in winning three straight Champions League titles thanks to the talent of Luka Modric and Toni Kroos.

But the additions of Fabinho and Keita significantly improve Liverpool's quality in that area of the field and crucially fit perfectly into Klopp's high pressing system.

"The champions are Manchester City; they didn't lose any player and they brought in (Riyad) Mahrez, so that doesn't make them weaker," warned Klopp, insisting Liverpool are still the underdogs.

"We are still Rocky Balboa and not Ivan Drago. We are the ones who have to do more and fight more -– that must be our attitude."

But with such a tight turnaround with less than a month between the World Cup final and Premier League kick-off, Klopp's preparations have also been far less affected than other sides in England's top six.

Salah and Sadio Mane were able to join the club's pre-season tour in the United States are being knocked out in the group stages in Russia with Egypt and Senegal, while Andy Robertson, Virgil van Dijk, Keita, Fabinho and James Milner had the summer off.

"Liverpool have waited 28 years. Not just for the league title, but for a pre-season where so many pundits and supporters believe they can win it," wrote former Liverpool captain Jamie Carragher in The Telegraph.

Even the legendary Pele jumped on the Liverpool bandwagon on Friday in support of countrymen Alisson and Firmino.

"I think it's the year of Liverpool, Alisson and Firmino!" tweeted the Brazilian great.

Liverpool have spent nearly three years surpassing expectations under Klopp. Now the pressure is on to meet them.