Kanaan Sees 'Signs' that Govt. Formation is Near 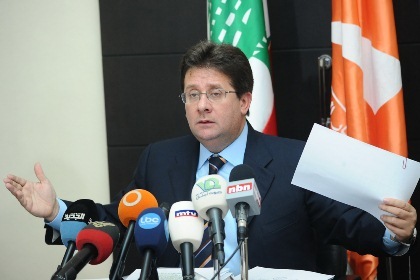 There are “incomplete signs” that suggest that the government formation crisis is “heading towards a breakthrough,” Strong Lebanon bloc secretary MP Ibrahim Kanaan has said.

There are indications that the government “will be formed soon,” Kanaan added in a TV interview.

He noted that all obstacles can be resolved according “because the national interest requires representing everyone according to their sizes while preserving diversity.”

“We are inclined to form a government according to the sizes that were reflected by the elections. Period,” Kanaan emphasized.

He also confirmed that President Michel Aoun will name the deputy premier.

We are inclined to form a government according to the sizes that were reflected by the elections. Period,” Kanaan emphasized.