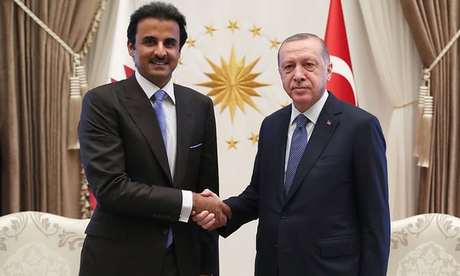 The Turkish lira is rebounding from record losses a day after Qatar pledged US$15 billion in investments to help Turkey's economy.

The currency strengthened some 3 percent against the dollar on Thursday, trading at around 5.75 per dollar, hours before Turkey's treasury and finance minister were scheduled to reassure international investors about the economy.

The lira had nosedived in recent weeks, hitting a record low of 7.24 last week, amid a diplomatic and trade dispute with the United States.

Washington imposed sanctions and tariffs over the continued detention of an American pastor, while Turkey retaliated with some US$500 million of tariffs on some U.S. imports and said it would boycott U.S. electronic goods.