Does Early Defeat Spell Beginning of the End for Mourinho? 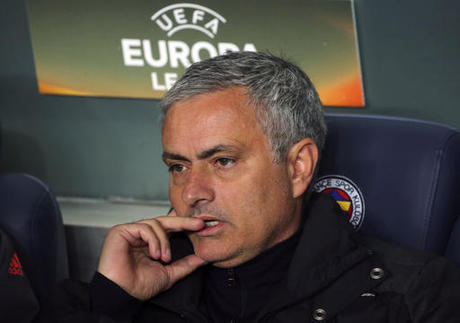 Jose Mourinho warned of the troubles that could lie ahead for his Manchester United side, but the Portuguese must still accept much of the responsibility from a 3-2 defeat at Brighton that has the Red Devils' season off to a bad start.

The concern for United is now whether Mourinho is capable of stemming the tide to turn things around in a way he wasn't in his third season at Real Madrid or in his second spell at Chelsea.

On those occasions his fall even came from a position of strength he isn't afforded now having won the league in the previous season.

This time round after a trophyless campaign, Mourinho clashed with the club's board over their failure to significantly strengthen his squad, particularly at center-back.

Mourinho's point was illustrated in a disastrous defensive display at the Amex in which United conceded three times in the first-half with center-backs Victor Lindelof and Eric Bailly at fault.

However, the club's executive vice-chairman Ed Woodward could point to the fact that £60 million ($76 million) has been spent on Bailly and Lindelof in the past two seasons since Mourinho took charge as justification for not trusting his manager with more cash to splash.

"The center backs melted and you can’t do that in the Premier League," said former United captain turned TV pundit Gary Neville on Sky Sports.

"When Manchester United are so publicly in the transfer window looking for defenders, what belief does that give them?

"They know they’re on borrowed time and I have to say Bailly and Lindelof were poor. They are the ones Jose has signed.

"It has been poor recruitment. That back four aren’t good enough to win the title."

Woodward hinted on the final day of the transfer window that the club had to take a more long-term view than Mourinho.

Despite signing a new contract till 2020 in January, the growing feeling is Mourinho will do well just to see out the current campaign.

Woodward's long-term view also included holding on to Paul Pogba and Anthony Martial despite their rifts with Mourinho.

Pogba was again entrusted with the captain's armband at Brighton, but his admission he didn't show the right attitude was hardly one of an inspirational leader.

"They had more hunger than us. I put myself first, that my attitude wasn't right," said the French World Cup winner.

Martial had been publicly criticized by Mourinho and fined for failing to return to the club's pre-season tour in the United States after the birth of his second child.

The Frenchman was recalled to the starting line-up in the absence of the injured Alexis Sanchez, but failed to impress before being hooked on the hour mark and barely exchanged a glance with his manager as he left the field.

Mourinho began the weekend by telling local rivals Manchester City "you can't buy class", angry at the depiction of his tactics as overly defensive in a behind-the-scenes documentary on City's title-winning campaign last season.

The worry for United is whether Mourinho's football is now not only not entertaining compared to the free-flowing football of City and traditional rivals Liverpool, but no longer effective at getting results with a disaffected squad.

A big response is needed when Tottenham visit Old Trafford next week to avert a crisis spiraling before the opening month of the season is out.