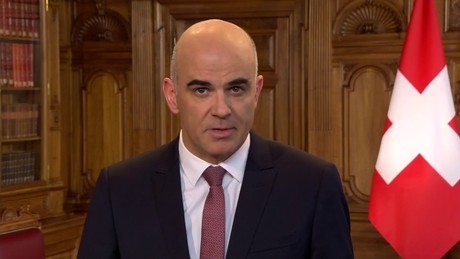 Swiss President Alain Berset is expected to arrive on an official visit in Beirut during the weekend, al-Joumhouria daily reported on Saturday.

“He will meet Monday with President Michel Aoun at the Baabda Palace,” they said on condition of anonymity.

The visit aims to strengthen relations at various levels between Lebanon and Switzerland's seven-member Federal Council, the country's executive branch, which Berset heads.

“It comes in the framework of preparations for a series of cooperation agreements between the two countries,” concluded the sources.

He is coming to visit his twin country Lebanon: "The Switzerland of the Middle East".

I wonder how much "illegal" Lebanese money is held in Swiss bank accounts.

About the same if not less than illegal money being held by other 3rd world countries. Interestingly though what is the purpose of this trip and what would either country benefit from it? Unless the swiss pres is using up millage on his air swiss account