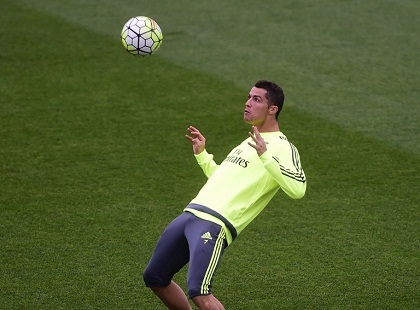 Portuguese superstar Cristiano Ronaldo's oldest son has started training with the Juventus youth academy's Under-9 team, according to media reports in Italy.

His oldest son Cristiano Jr -- who was born in June 2010 -- was photographed training on Monday with the Juve Pulcini 2010 squad reserved for Under-9s at Juventus' Vinovo ground.

Ronaldo revealed last week that Cristiano Jr -- the oldest of his four children -- was also a promising footballer.

"He's very competitive. He's like me as a child. He doesn't like losing," the striker said in an interview with streaming broadcaster DAZN.

"He'll become like me, I'm 100 percent sure of it. I'd like to teach him some things, but ultimately he will choose what to do and he'll always have my support.

"But of course, I'd like him to become a player because I think he has a passion for it too."