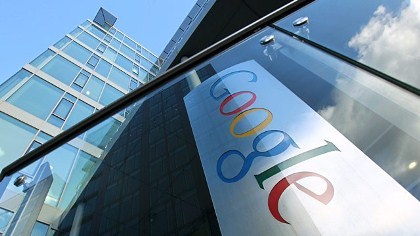 His attacks on Google drew headlines, but President Donald Trump would face an impossible task if his administration tried to regulate the leading internet search engine and its news results.

Legal and media experts say Google and other internet firms enjoy the same constitutional protections on free speech as news outlets, precluding any government interference with the search results that displease the president.

Volokh said in a blog post on Reason.com after Trump's remarks that algorithms developed by Google and others are "editorial judgments about what users are likely to find interesting and valuable. And all these exercises of editorial judgment are fully protected by the First Amendment."

"Search engines fully qualify for First Amendment protections for their search results. Numerous cases going back over 15 years have confirmed this," Goldman said.

"Any effort by Trump to 'fix' search engine results will violate the First Amendment. It's not even a close question."

Trump's comments however stoked debate on the question when he assailed Google for what he termed "rigged" results that hide news from conservative outlets and promote content from what he called "left-wing" media.

Google countered the remarks by saying that "search is not used to set a political agenda and we don't bias our results toward any political ideology."

The president's comments follow criticism from Republican lawmakers including House majority leader Kevin McCarthy who claimed that "conservatives are too often finding their voices silenced" on online platforms.

Trump on Tuesday issued an unspecified warning to tech firms, presumably related to his claims that they suppress conservative views.

He repeated his claim on Wednesday, saying big tech firms "treat conservatives and Republicans very unfairly," but stopped short of calling for regulation.

"You know what we want? Not regulation, we want fairness," he told reporters.

Using the hashtag #StopTheBias, Trump later posted on Twitter what was purported to be a series of screen grabs that showed Google's home page promoted State of the Union addresses by former president Barack Obama but stopped when he took office.

Google said the video was factually incorrect, adding that "on January 30, 2018, we highlighted the livestream of President Trump's State of the Union on the google.com homepage," and screenshots circulated online appeared to confirm that.

There is little evidence to show algorithms by online firms are based on politics, and many conservatives -- including Trump himself -- have large social media followings.

Analysts say it would be dangerous to try to regulate how search engines work to please a government or political faction.

"Google is a private company with its own algorithms and the government has absolutely no control in how it conducts business," said Ken Paulson, former USA Today editor who heads the Newseum's First Amendment Center and is dean of communications at Middle Tennessee State University.

"The broader threat to First Amendment freedoms comes when the most powerful man in the world repeatedly says that you can only trust him, not news organizations or the search engines that deliver their coverage."

But even without constitutional protection, the idea of regulating billions of Google searches would be an impossible task.

"We deliberately don't regulate every interaction in the economy because we know it's unfathomable," said David Balto, a former Federal Trade Commission and Justice Department enforcement lawyer.

Balto maintained that Trump's suggestion "is an Orwellian concept that might fit well in '1984' but is totally inconsistent with our tenets of democracy."

Other analysts say the Trump comments are merely an attempt to rally his base and raise doubts about news organizations investigating him.

"Authoritarian regimes would love to have that power over search engines," said Ed Black, president and CEO of the Computer and Communications Industry Association, a trade group that includes Google and Facebook.

"The U.S. government should be an advocate against this type of censorship."