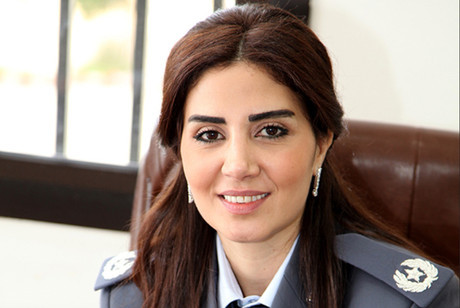 The former head of the Internal Security Forces anti-cyber crime bureau, Lt. Col. Suzanne al-Hajj, will appear before the Permanent Military Court on Tuesday as a criminal defendant, LBCI station said on Monday.

Al-Hajj, and hacker Elie Ghabash, are accused of “fabricating” a spying for Israel case against Lebanese comedian Ziad Itani.

Itani was detained in November 2017 on charges of “collaborating with Israel.”

He was released in March 2018 after 109 days in detention, after which an arrest warrant was issued for al-Hajj.

Al-Hajj and Ghabash were arrested on suspicion of fabricating electronic evidence to “frame” Itani.

Media reports said al-Hajj had asked the hacker to fabricate a case against Itani to take revenge on him for posting a screenshot of a 'like' she had placed on a tweet by controversial TV director Charbel Khalil.

The 'like' cost al-Hajj her job as head of the ISF anti-cybercrime unit.

Media reports have said that al-Hajj and Ghabash are involved in other hacking attacks.

The Best punishment is to reverse all the plastic surgery she had done and show the Before and After.

will she appear in front of the corrupt military court without her hair dyed?

You meant 'injustice' will prevail and she will be set free unless you are aouni.

Another alias of southern and his multiple identities.

Justice in Lebanon is in the hands of Orange and Kizballah which one are you referring to Batriotic?

This corrupt bad example should be made to share a cell in Roumieh with every innocent man she framed.

I think they suffered enough Marcus than have to see her conniving face in the morning.

yep that is why she was made Lt Colonel ya irani

You wouldn't know justice if it walked up and bit your nose off!