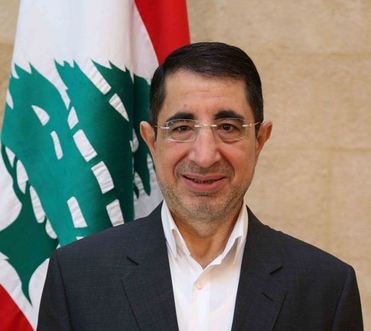 Caretaker Minister of Industry Hussein Hajj Hassan held a meeting with the committee tasked with following up on the treatment of pollution of Lebanon’s southern Litani River, the National News Agency reported on Tuesday.

Conferees tackled the deterrent measures to inhibit numerous water pollution sources, which include microbial and chemical contamination from industrial and domestic effluents and wastewater, including the trash resulting from camps of the displaced, added NNA.

Moreover, they focused on the necessity to activate the ministerial committee chaired by Prime Minister-designate Saad Hariri, and tasked with solving the river’s pollution.

The ministries of: Industry, Interior, Health, Energy, Agriculture and Environment comprise the committee.

During the meeting, Hajj Hassan contacted Hariri, to whom he proposed the formation of a higher emergency committee for the Litani River, chaired by Hariri, who voiced support for any suggestion that would speed up the sought solutions.

Hariri also said that this issue had become a national cause requiring multiplied efforts.

Speaking at a press conference following the meeting, Hajj Hassan refused to hold any side responsible for the Litani's pollution, and insisted on "positive cooperation."

He also maintained that the polluting factories must be shut down.

High level of pollution in Litani is a well known environmental issue that has spiked up lately in light of reports that around 20 percent of Lebanon is at risk of cancer.

First clear up the illegal construction built by your bee2a 7adina all around the banks of the Litany. They are the cause most of the pollution.

the answer to all of our problems is EDUCATION.

Hallelujah SOS! I have been on this board preaching this for the past 10 years to no avail. Lets hope your not called the names I was given lol.

You should wear these names like medals of honors .

I have the utmost respect and admiration for MP Hajj Hassan because he is extremely handsome.

He probably washed in it and the results is as such. But really hes complaining about pollution? His whole existence is pollution and his party is trying to use dilution of over population to change the demographics in Lebanon and hes bitching about Pollution? lol its ok it makes sense he has sheep to guide