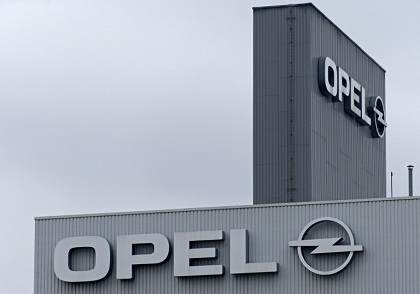 German carmaker Opel on Wednesday said it planned to shift some 2,000 jobs at its historic Ruesselsheim research and development hub to French engineering group Segula Technologies, in a bid to avoid job cuts under a major turnaround plan.

Opel, which was bought by French auto giant PSA last year, said it was discussing a possible "strategic partnership" with Segula "to protect engineering jobs in Ruesselsheim and to overcome the workload decrease from third parties".

Opel CEO Michael Lohscheller said in a statement that the automaker faced a "heavily decreasing" workload at its R&D center, as engineers finish off the last contracts for former owner General Motors.

The proposed deal still needs to be approved by Opel's powerful works council.

If it goes ahead, Segula intends to take over "up to 2,000" of Opel's 7,000 development center employees as well as several buildings at the Ruesselsheim site just outside Frankfurt.

Segula has promised to safeguard jobs until 2023, echoing a deal struck between Opel and union leaders.

No financial details were revealed but Lohscheller told reporters in a conference call that Segula would set up a new company to house the employees, in which Opel would have no stake.

Segula said it wanted to create "a core engineering center" in Ruesselsheim that would not just focus on the automobile industry but also sectors "such as rail and energy."

Loss-plagued Opel, sold under the Vauxhall brand in Britain, has embarked on an ambitious restructuring since it was taken over by PSA.

It aims to achieve 1.1 billion euros in savings by 2020, mainly through voluntary redundancies and by sharing equipment and technology with its parent company.

The cost-cutting measures appear to be paying off, with Opel dramatically swinging back to profit in the first half of 2018.

Under General Motors, the lightning logo carmaker last booked a profit in 1999.