Britain to Brief UN Council on Charges against Russian Spies 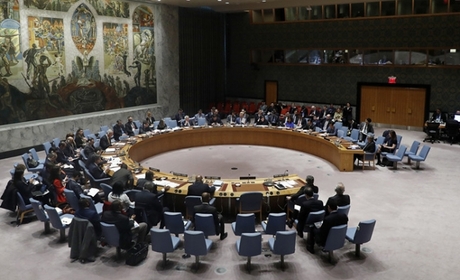 Britain will brief the UN Security Council on Thursday on the arrest warrants it has issued for two Russian spies charged with carrying out a nerve agent attack on British soil.

British Ambassador Karen Pierce will present the latest findings on the poisoning of Russian former double agent Sergei Skripal and his daughter Yulia in the city of Salisbury.

Petrov and Boshirov, described as agents for the Russian military intelligence agency known as GRU, face charges of conspiracy to murder and attempted murder of Skripal and his daughter, the first criminal charges in the case.

"The GRU is a highly-disciplined organization with a well-established chain of command. So this was not a rogue operation," May told parliament.

"It was almost certainly also approved outside the GRU at a senior level of the Russian state."

Russia has denied any involvement in the attack using the nerve agent Novichok that left Skripal and his daughter unconscious on a park bench in Salisbury.