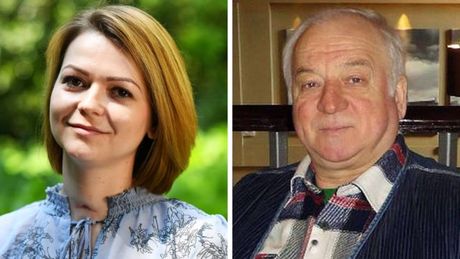 The British embassy in Moscow on Friday accused Russia of spreading "disinformation" after London charged two Russian citizens with the poisoning of ex-spy Sergei Skripal and his daughter Yulia in the UK.

The UK this week identified the men as Russian intelligence officers and said President Vladimir Putin was "ultimately" responsible for the March attack.

Moscow said pointing the finger at the Kremlin was "unacceptable."

"Russia is distracting from the facts," the UK embassy said on Twitter, after ambassador Laurie Bristow held a briefing on the case for foreign diplomats in the country.

The embassy accused Russia of spreading "37 disinformation narratives since March."

On Wednesday Russian foreign ministry spokeswoman Maria Zakharova questioned the authenticity of CCTV photographs which the UK police released of the suspects, implying it was suspicious that the time on the photographs was identical.

"Maria Zakharova asked why the times on two CCTV images were the same: these were images of the suspects arriving in the UK taken from two cameras covering separate lanes at international arrivals," the embassy tweeted.

The "operation (was) almost certainly approved at senior levels of (the) Russian state," it said.

But the embassy added that "UK concerns are with the Russian state, not the Russian people."

Britain has previously accused Russia of orchestrating the attack, but Moscow denies any involvement and insists it is ready to cooperate on an investigation.