Rouhani Evokes Iran-Iraq War in Call to Defy US Pressure 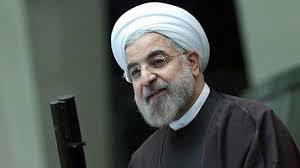 Iran's President Hassan Rouhani evoked memories of the devastating Iran-Iraq war on Saturday to call for unity in the face of economic hardships and US pressure.

"Today, the government is on the frontlines. This is an economic, psychological and propoganda war," Rouhani said on state television.

"We had sweet days and we had hard days during the sacred defence," he said, using the official name for the war with Iraq which claimed up to two million lives between 1980 and 1988.

"But our nation never backed down. Now, too, our nation will not bow before the pressure of a new group in the White House."

Iran's economy has been battered in recent months, in part due to Washington's withdrawal from the 2015 nuclear deal, which had lifted sanctions in return for curbs to its atomic programme.

Prices are rising and shortages are widespread, while Iran's currency has lost around 70 percent of its value against the dollar compared with a year ago.

Rouhani said that the United States is pressuring Iran and at the same time calling for negotiations "every day".

"Which one should we believe? Your messages, or your brutal acts? If you want the best for the Iranian people why are you pressuring them?"

Rouhani called for unity after weeks of pressure from both reformist and hardline factions over his handling of the economic crisis.

"(Yet) we cannot back down from our goals because of temporary difficulties. Remember those (war) days, our heartaches brought us to eventual victories."

Rouhani made the remarks during an event named after Mohammad-Ali Rajai, Iran's second president whose assasination in August 1981 was blamed on the political-militant group Mojahedin-e Khalq (MEK).