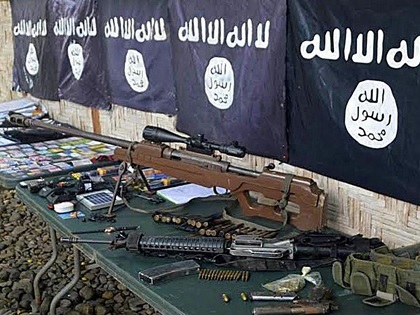 The Internal Security Forces, Intelligence Branch foiled terror schemes planning to target the area of Beirut’s southern suburbs of Dahieh and the assassination of army members, the ISF said in a statement on Monday.

As part of its efforts to combat terrorism, ISF was able to detect a suspect identified by his initials as W.R., Syrian. He was arrested in the Aramoun area, according to the statement.

2011. About two years ago, in the Sabra neighborhood, he got acquainted with individuals affiliated to the IS group, after which he himself was impressed by the organizations’ ideology through social networking websites.

He said he was able to pass this to another Syrian national identified as Aa.Kh.

The two have shared IS videos and publications including one showing how to make poison, grenades and booby traps.

They agreed to carry out terror attacks in Beirut’s southern suburbs, Dahieh, and agreed to assassinate army members, added the statement.

Aa.Kh. was arrested in the southern town of Ansar. He admitted that he had been illegally residing in Lebanon since 2014 with his father.

They were referred to the related authorities.

More 'credible' confessions obtained under torture. What did he admit to during investigation? that he entered Lebanon illegally:)!

and maybe as much illegally residing in Lebanon..

I don't trust the ISF nor do I believe them.... why this discredit? because they've proven to the entire nation and abroad to be corrupt and controlled by Iran.

Every Muslim must watch this:

Important to all Muslims

Sadly this is what Islam is turning into nowadays....