Iran Calls on Iraq to Hand Over Kurdish Rebels 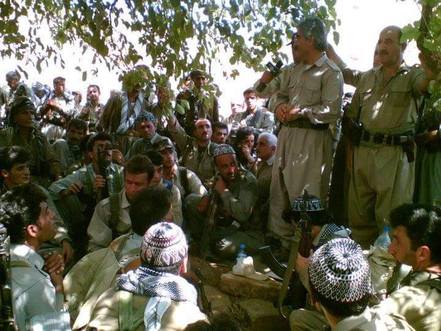 Iran's armed forces chief of staff called on Tuesday for the authorities in Iraq and its Kurdish region to "expel" Iranian-Kurdish rebels on their territory, local media reported.

"These people are criminals. (The Iraqi authorities) must either hand over the rest of them or must expel them from their country," Major-General Mohammad Bagheri told the semi-official ISNA news agency.

Iran launched missile strikes against the headquarters of the Kurdistan Democratic Party of Iran (KDPI) in Iraq's autonomous Kurdish region on Saturday, killing at least 15 members.

It said the strikes were a retaliation for repeated cross-border incursions by the "terrorist" group.

Bagheri said Kurdish leaders in Iraq had given assurances in the past that it would rein in the KDPI and other anti-Iran militants.

"But since last year, provoked by America, they broke this pledge," he told ISNA.

"If such hazardous incidents continue, the incident that happened to their commanders will happen again," he added in reference to Saturday's strikes.

The PDKI is Iran's oldest Kurdish separatist group. It was banned after the Islamic revolution of 1979 and appears to have resumed operations in 2016 after a long truce.

"Iraq protects the security of its neighbors and does not allow its territory to be used to threaten these countries," spokesman Ahmed Mahjoub said on Sunday.

Kurds, a non-Arab ethnic group, have long agitated for their own state. They number between 25 and 35 million people who are spread across Turkey, Syria, Iraq and Iran.

In Iran they make up around 10 percent of the population.