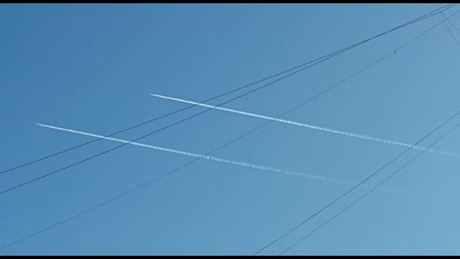 “They staged several overflights and broke the sound barrier, creating a sonic boom that echoed across the South,” NNA said.

The fighter jets then returned to airbases inside Israel, the agency added.

Israel's violation of Lebanon's airspace has become a near-daily routine since its first invasion of the South in 1978 but sonic booms have become rare in recent years.

Where is the iranian resistance?

hiding below the sewer lines. The bearded goat will in fridays hate speech remind Israel once again that if they do this next 3,485 times they will get a sever letter of reprimand and be banned from the Da7ieh golf club for a week!

Ahlan bill j’irai, ya hala, tfadalo. I finally understood that sonic booms is their way to knock on our door.

Feel free to apprehend the Shia terrorists and anyone assisting them.

It sure seems the golden but rotten equation is not working: the army is not firing at the 'zionist' enemy neither are the 'resistance' or 'the people'.

Southern, can you tell us which 'parties' are you referring to?

Also, it would be helpful if you would point to the date when the topic of arming the LAF by either Russia or Iran was put on the cabinet agenda and discussed in a cabinet meeting along with which parties approved and which parties disapproved?

you're asking too much from @POS!

Its just a child who support Kizballahs false news at work. Russia has never offered Lebanon Aviation support and if they did it would be Korean era planes....if they ran out of bi-planes.

Child's response....as if Russia has sophisticated weaponry to start with....