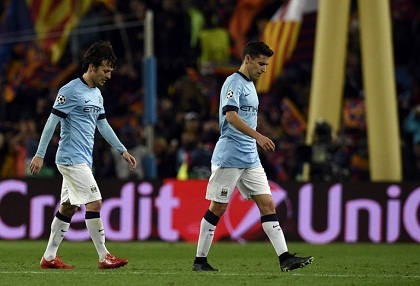 City reported profits of £10.4million, a fourth consecutive year of profitability, with wages to revenue ratio falling to 52 percent.

"Our journey is not complete and we have more targets to fulfill," said chairman Khaldoon Al Mubarak, who recently celebrated a decade since an Abu Dhabi-backed takeover of the club transformed City's fortunes.

"There should be no doubt that we are looking forward to the challenges of the new season and those beyond it with equal commitment and determination to the 10 seasons that came before."

Before Sheikh Mansour's takeover, City's revenue was a mere £87 million for the 2007/08 season.

Huge losses of over £584 million followed during the first six years of their ownership due to massive investment in the playing squad and facilities, including the £200 million Etihad Campus training ground.