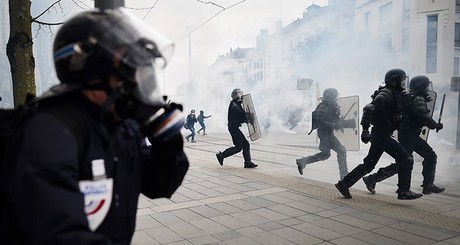 Turkish security forces on Friday fired tear gas at construction workers at Istanbul's new airport who were protesting dangerous working conditions at the site as it prepares to open for business next month, local media reported.

The new airport is one of President Recep Tayyip Erdogan's ambitious new projects for the sprawling metropolis.

Located on the Black Sea, it will initially have capacity to handle around 90 million passengers per year, but that number is expected to rise to 150 million by 2023.

To publicise the project, Erdogan's plane landed there in June just days before the presidential election.

Nevertheless, there have been reports of a large number of deaths at the construction site where some 35,000 people are working round-the-clock to finish it on time for the inauguration at the end of October.

A group of them gathered at the site on Friday, but the security forces dispersed them using tear gas.

There was no immediate reaction from a government official.