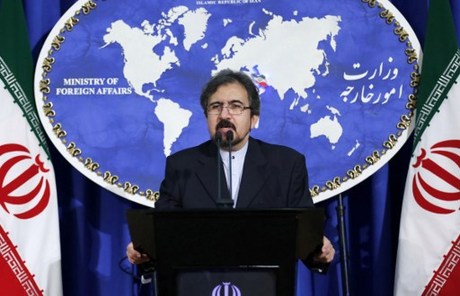 Iran said Monday it is committed to protecting civilians if its Syrian regime ally launches a full-scale offensive on the country's last rebel stronghold of Idlib province.

"The humanitarian issue is of significant importance to us," foreign ministry spokesman Bahram Ghasemi told journalists in Tehran.

"In line with our policy of fighting terrorism and reclaiming Syria's territorial integrity, we are highly determined to solve the Idlib issue so that the people are not harmed," he added.

Tehran is a key backer of Syrian President Bashar al-Assad in the country's seven-year conflict, and has said it is ready to support an assault by regime forces on the rebel-held province.

Iran, Russia and Turkey met at a Tehran summit on September 7 to discuss the expected offensive against Idlib but were unable to overcome their differences.

While Ankara says it agrees with Moscow on the need to push extremists out, it is concerned about the fate of pro-Turkey rebels also present in the area.

Russian President Vladimir Putin and his Turkish counterpart Recep Tayyip Erdogan were due to meet on Monday to continue the talks.

Although Iranian President Hassan Rouhani will not be present, Ghasemi said Tehran is continuing discussions with both countries as well as Damascus.

Turkey has meanwhile bolstered its military presence in Idlib, with Ankara aiming to prevent a Moscow-backed assault by Assad's forces who have massed around the province in recent weeks.

The United Nations and non-governmental organizations have repeatedly warned that such an offensive would unleash a "bloodbath" and "humanitarian catastrophe" in the area, which is home to three million people.

Loool right after Iran brings peace to the world!
Baytinjani and the Ayatolla of Rockinrolla need to focus on the well fair of their people and leave the world alone that would be their greatest contribution to peace.