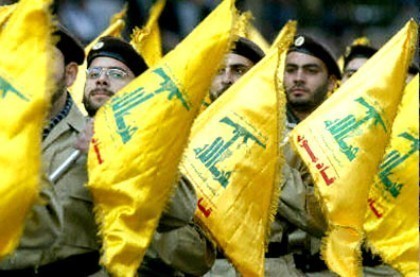 Lebanon’s government formation continues to stall as Hizbullah "puts the ball” in PM-designate Saad Hariri’s court saying “he should save his government” by allowing the representation of so-called independent Sunni MPs of March 8, al-Joumhouria daily reported on Monday.

“(Hizbullah chief) Sayyed Hassan Nasrallah has stressed in his speech that he won’t back down on supporting the representation demands of Sunni MPs. We believe the ball now is in Hariri’s court who should meet this opportunity and save his government,” Hizbullah sources told the daily on condition of anonymity.

Nasrallah threw his support behind the Sunni group on Saturday, insisting that they should be represented in the government.

For their part, sources of the March 14 camp said: “The latest remarks made by Nasrallah have proven that Hizbullah does not want a government to be formed because it wants to control the country’s decisions.”

They said the Sunni issue is a “heresy and some kind of political fraud that cannot be accepted. It is a clear attempt to blackmail the President (Michel Aoun) and Hariri in a bid to weaken him politically and morally,” they said.

They noted that said MPs already belong to other parliamentary blocs already had a share in the Cabinet.

I think it would be appropriate for Hariri to withdraw from this shameful game that Hezbollah is playing, and let any quisling from his sect come forward as a PM designate. And Geagea and other decent MPs should step down to. Then the root of the problem can be dealt effectively with...

Not sure about which "decent" Geagea you're talking about, The LF one is morally unfit to bear this title ("decent MP"), his wife's wardrobe and lifestyle cannot be afforded by the salary of a mere MP! Before branding these individuals as "decent" ones, please check their credit cards bill. Then you can comeback and talk about decency.

Hariri family and collaborators like luxury, from where they will get millions to sponsor such a fancy lifestyle if not by the money of taxpayers?? Sorry to disappoint you, Hariri has no intention to step down, unless KSA officials threaten him to slap his face again! Who knows? Everything is possible