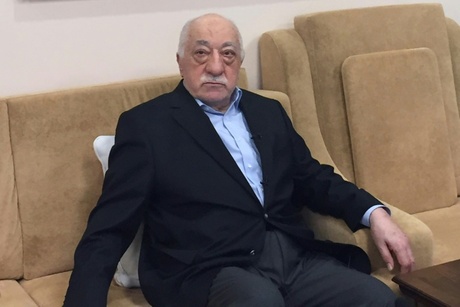 The United States is studying Turkey's demands for the extradition of preacher Fethullah Gulen, who is accused by Ankara of orchestrating a failed 2016 coup attempt, the State Department said Thursday.

But spokeswoman Heather Nauert rejected the allegation in an NBC report that the White House is seeking a way to extradite Gulen -- who reportedly has a US Green Card -- in a bid to reduce Turkish pressure on Saudi Arabia over the murder of a dissident journalist.

"We have received multiple requests from the Turkish government... related to Mr Gulen," Nauert said.

"We continue to evaluate the material that the Turkish government presents requesting his extradition," she said.

But Nauert insisted that "there is no relation" between the Gulen extradition issue and Turkish pressure on Saudi Arabia over the murder of journalist Jamal Khashoggi at the kingdom's consulate in Istanbul.

The White House "has not been involved in any discussions related to the extradition of Fetullah Gulen," she said.

NBC, citing four anonymous sources, reported that Trump administration officials had asked law enforcement agencies about "legal ways of removing" Gulen, 77, from the US to persuade Turkey's president "to ease pressure on the Saudi government."

Following his disappearance on October 2, Turkish officials kept up a steady stream of leaks on the gory details of Khashoggi's killing even as Saudi Arabia denied involvement.

The kingdom eventually branded the murder a "rogue" operation and has requested the death penalty against five people accused of involvement, but the country's public prosecutor absolved the country's powerful crown prince, Mohammed bin Salman, of having played a role.

Turkish officials however have accused Prince Mohammed of orchestrating the killing of the journalist who had been critical of him.

Turkish President Recep Tayyip Erdogan blames Gulen -- a cleric he once regarded as an ally -- for the July 15, 2016 coup plot that saw 250 killed, not including the plotters.

The issue is a major bone of contention in relations between Turkey and the US, with Ankara voicing impatience over Washington's failure to hand Gulen over.