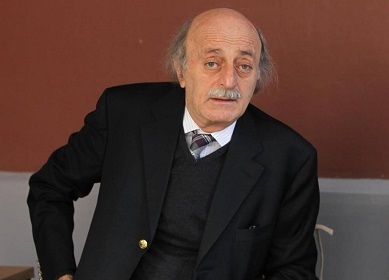 Progressive Socialist Party leader Walid Jumblat criticized on Friday a suggestion to expand the cabinet seats from 30 to 32, in light of the state’s “efforts to curb squandering and expenses.”

“In light of full swing efforts to curtail squandering and expenses, it seems cloning two new ministers is what’s required,” Jumblat said in a sarcastic tweet.

Lebanese parties are currently mulling a new proposal under which a 32-minister government would be formed instead of one comprising thirty members. This would give Prime Minister-designate Saad Hariri a Alawite seat in return for him giving up a Sunni seat to the pro-Hizbullah MPs.

An obstacle related to the representation of pro-Hizbullah Sunni MPs has been delaying the formation of the new cabinet for several weeks now after the so-called Christian and Druze hurdles were resolved.