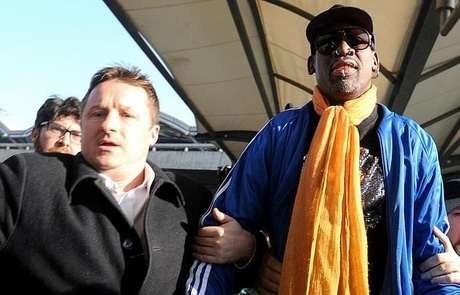 Ottawa on Thursday identified the second Canadian questioned in China as Michael Spavor, and said he has been missing since he last made contact with Canadian officials.

Spavor, who is based in China, runs the Paektu Cultural Exchange, an organisation that facilitates business, tourism and sport trips to North Korea and famously helped former NBA star Dennis Rodman visit the isolated country.

His disappearance emerged days after former Canadian diplomat Michael Kovrig was detained during a visit to Beijing.

"We are aware that a Canadian citizen, Mr. Michael Spavor, is presently missing in China," Canadian foreign ministry spokesman Guillaume Berube told AFP in an email.

"We have been unable to make contact since he let us know he was being questioned by Chinese authorities," he said.

"We are working very hard to ascertain his whereabouts and we continue to raise this with the Chinese government."

The arrest and disappearance of two Canadian nationals came more than a week after Ottawa infuriated Beijing by arresting Meng Wanzhou, the chief financial officer of Chinese telecom giant Huawei, at Washington's request.

Meng was released on Can$10 million (US$7.5 million) bail by a court in Vancouver on Tuesday.