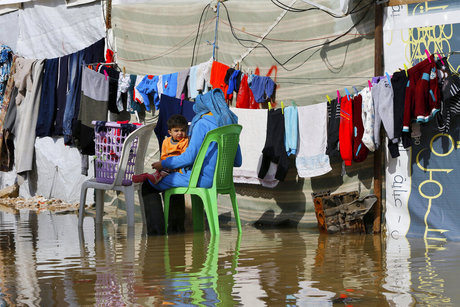 A storm that battered Lebanon for five days has displaced many Syrian refugees after their tents were flooded with water or destroyed by snow.

On Thursday, volunteers were pumping water from a refugee settlement in the eastern town of Bar Elias and distributed rubber boots, blankets and winter clothes to Syrian refugees needing help.

The U.N. refugee agency says 151 sites that are home to some 11,000 Syrians have been heavily affected.

The storm killed a Syrian girl who fell in a river in north Lebanon and her body was found a day later.