Egyptian Foreign Minister: We Will Make the Economic Summit Succeed 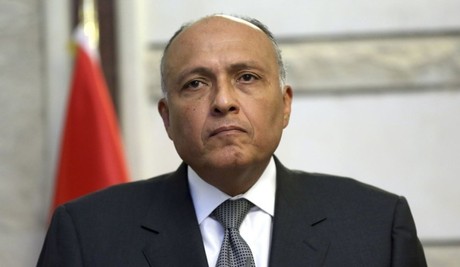 Egyptian Foreign Minister Sameh Shoukri said from Baabda on Friday that efforts will be made to make the economic summit scheduled in Beirut “succeed,” after it has been marred by controversy days before delegates arrive.

“We will make the summit succeed. The frequency of mutual visits at the bilateral level underscores the mutual interest in improving the relationship and contributing to the stability of Lebanon,” Shoukri said in remarks to reporters after holding talks with President Michel Aoun.

The Egyptian minister expressed “Egypt’s full support for Lebanon, its stability and security in order to achieve this end,” he said.

The two men discussed bilateral relations between the two countries, expressing mutual interest in strengthening them.