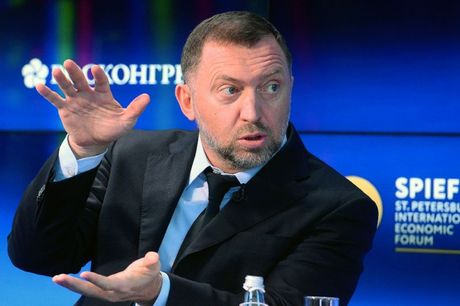 Eliot Engel, the chair of the House foreign relations committee, asked in a tweet on Friday if lifting the sanctions was related to President Donald Trump's "business dealings in Russia" or his "cozy relationship" with Russian counterpart Vladimir Putin.

The tweet was accompanied by a copy of a letter dated January 29 asking the Treasury Department to "provide each of our committees with copies of all documents pertaining to the decision-making process."

The letter was signed by Engel as well as Maxine Waters, the chair of the House financial services committee and Adam Schiff, who heads the House intelligence committee.

It requested that Mnuchin comply with the request by February 5.

The Treasury Department lifted sanctions against Rusal and the related companies on Sunday after blacklisted billionaire Oleg Deripaska took action to sharply cut his stake in them.

The tycoon is known to have friendly relations with Putin and had business ties with Trump's former campaign chairman Paul Manafort, who was convicted in Special Counsel Robert Mueller's investigation into Russian meddling in the 2016 election.

The lawmakers wrote in the letter that Manafort at one point "owed Mr Deripaska close to $20 million and may have leveraged his position as campaign chairman to negotiate that debt in exchange for providing briefings to Deripaska related to the campaign."

The terms of removing the sanctions "are unusual and many questions remain unanswered," the lawmakers wrote, saying that they believe the oligarch and his family's ties with the companies allow him to keep de facto control.