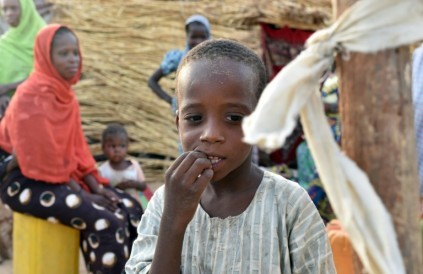 Just over 10 percent of Niger's population need humanitarian aid because jihadist violence that forced people to flee their homes has exacerbated the country's food crisis, the UN said Saturday.

"For 2019, the analysis of humanitarian needs reveals that 2.3 million people, or 10.4 percent of the population of Niger, need humanitarian aid," said a statement from the UN's Niamey office.

Adding to that, deteriorating security in those regions had forced local people to flee, which meant more aid was needed, said the UN.

Many of those in need live in the western regions of Tahoua and Tillaberi, near Mali, the site of regular jihadist attacks, said the UN.

Others lived in the southeast region of Diffa, where the Nigerian jihadist group Boko Haram has committed atrocities.

Diffa is sheltering more than 300,000 people who have fled Boko Haram's violence, including thousands supported by local people, who themselves are already poor.

Tahoua and Tillaberi have has 52,000 who have fled jihadist violence since January last year and since 2012 has been home to more than 57,000 Malian refugees.

Last December the UN refugee agency UNHCR denounced the violence in these regions, where armed groups murdered or abducted civilians, burned down schools and pillaged homes, businesses and cattle.

Security was so poor there that it also interfered with distributing aid, the UNHCR added.