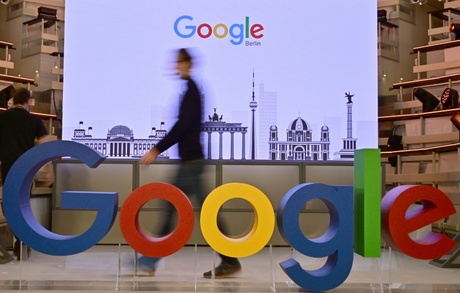 Alphabet reported a profit of $8.9 billion in the fourth quarter on revenue that was up 22 percent to $39.3 billion from the same period a year earlier.

"With great opportunities ahead, we continue to make focused investments in the talent and infrastructure needed to bring exceptional products and experiences to our users, advertisers and partners around the globe," said Alphabet chief financial officer Ruth Porat.

Alphabet shares were down 3.3 percent to $1,103.50 in after-market trades that followed release of the earnings figures from the final three months of last year.

Expenses rose to $31 billion compared with $24.6 billion in the same period a year ago.

"You do have to watch them in regard to costs, because their costs can drift out of line," said independent Silicon Valley analyst Rob Enderle.

"It's like they've got the goose that lays the golden eggs and their job is to spend the money," he added, noting Google's dominance of the digital ad market.

Another factor making the market wary was a 29 percent drop in "cost per click" or the average price of digital ads, the main source of revenue for the tech giant.

Google commands a lion's share of the global digital advertising market, especially when it is linked to online searches, but lifestyles have shifted to smartphones and tablets where it makes less money per ad.

And, while video-sharing platform YouTube contributed strongly to revenue, the amount of money spent on content for its ad-supported and subscription offerings grew, according to Porat.

Money spent on Google hardware, such as Pixel smartphones or Nest smart home devices, was also a factor along with investments in datacenters essential to Google's growing cloud computing business.

Porat said a big spending increase was in hiring and compensation of workers, particularly engineers and product managers.

The report offered no detailed breakdown of Alphabet income but Google took in the overwhelming majority of revenue in the quarter, $39.1 billion, with $32.6 billion from advertising.

The company's "other bets," including its autonomous driving division Waymo and its life sciences and cybersecurity units, took in $154 million in revenue. However, those operations showed a $1.3 billion operating loss.

Waymo is cautiously expanding a self-driving car ride service in the Phoenix area with an eye toward eventually spreading to other cities and even branching out into autonomous deliveries, according to Porat.

Alphabet's head count grew to nearly 99,000 from 80,000 employees during the course of the year as expenses at the internet colossus climbed.

Alphabet is the latest of the big tech firms to report earnings for the final three months of the year.

Google remains a dominant player in online advertising even as Alphabet has ventured into "moonshots" in new sectors.

But Google is a key target of "techlash," with probes in Europe on monopoly abuse in search and advertising on its Android mobile ecosystem, and could be impacted by proposed privacy rules in the United States.

"Providing accurate and trusted information at the scale the Internet has reached is an extremely complex challenge and one that is constantly getting harder," Google chief executive Sundar Pichai said on an earnings call.

"We feel a deep sense of responsibility to do the right thing and are continuing to build privacy and security into the core of our products keeping users data safe and secure with the industry's best security systems and giving people better and clearer controls."