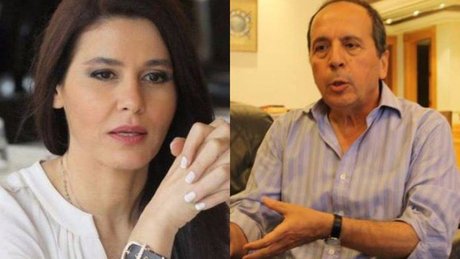 Lebanese Forces bloc MP Sethrida Geagea on Friday announced that she intends to file a lawsuit against MP Jamil al-Sayyed, who was Lebanon's General Security chief between 1998 and 2005.

“I deeply regret the lack of morals of some people, such as Maj. Gen. Jamil al-Sayyed. I deeply regret Maj. Gen. al-Sayyed's insolence when he was asked by a journalist about the fate of our comrade Ramzi Irani and he answered: 'Ask Mrs. Sethrida and the Yassouh al-Malak group!'”

“Maj. Gen. al-Sayyed was a general director of General Security in Lebanon at the time, but in practice he was the chief of the country's entire security... whereas I, Sethrida Geagea, was under semi-house arrest. I was at my home in Yassouh al-Malak under strict surveillance and round-the-clock pursuit,” she said in a statement.

She added that she intends to sue al-Sayyed on charges of “criminal defamation.”

Ramzi Irani, 36, was a well-known Lebanese Forces student representative at the Lebanese University in Beirut. He was abducted and later found killed in 2002, following a series of events marking the eighth anniversary of the imprisonment of LF leader Samir Geagea.

Jamil al-Sayyed once a thug always a thug https://www.youtube.com/watch?v=Le9wAkCx4UI

Jamil El-Sayyed, Wiam Wahab, Elie Ferzli, Michel Smaha and many more, notice what they have in common?