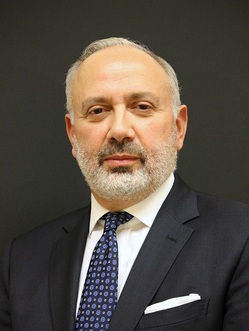 Hayek announced in a tweet that "Lebanon has nominated him for the post of president of the World Bank in the first challenge to U.S. President Donald Trump's candidate,” to lead one of the world's primary development lending institutions.

Hayek, secretary general of the high council for privatization and private-public partnerships in Lebanon since 2006, posted a copy of the nomination letter sent by Lebanon’s Finance Ministry to the bank’s executive board.

"Hayek, secretary general of the high council for privatization and private-public partnerships in Lebanon since 2006"

Surely this FPMer has all the qualifications to head the World Bank. How many industries or state institutions have been successfully privatized in Lebanon?

He does he has already mastered corruption 101 and is in process of taking his PhD in Syrian Subservience. Its a shoe it he will get it loooool

Another good for nothing and incompetent FPMer wishing to rob a much bigger bank, the World Bank.