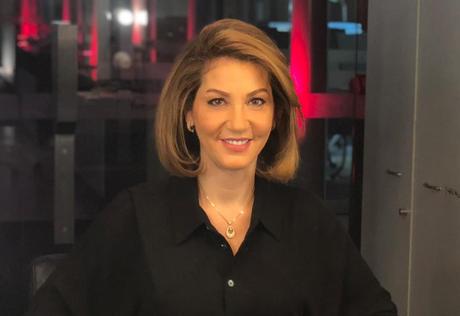 The Constitutional Council has invalidated the election of Tripoli MP Dima Jamali in the parliamentary elections after her win was contested by unsuccessful candidate Taha Naji.

The Council’s head Issam Suleiman said an election in the Tripoli district of Minieh will be held within two months to fill the vacant seat.

Suleiman said that investigations launched after Naji's appeal have shown evidence of tampering with the ballot results.

Jamali, Sunni of al-Mustaqbal Movement, was elected an MP in the parliamentary elections in May.

Speaking to reporters after meeting Prime Minister Saad Hariri, Jamali said: “After hearing the ruling of the Constitutional Council, we must all respect it, knowing that there were political interventions. But what was issued became a reality. I would like to thank Prime Minister Hariri for renewing his confidence in me by inviting me to the Center House to ask me to run again in the name of the al-Mustaqbal Movement for the Sunni seat in Tripoli."

She added: "I know that my legitimacy stems from the Lebanese people as a whole and from the people of Tripoli especially, who elected me and placed their confidence in me the first time. I am sure that they will grant me this trust again, because they saw what we did during a short period in parliament for the capital of the north."

"I hope to continue to serve Tripoli through Parliament after the parliamentary by-election. I will continue the battle and hope for the best," she went on to say.

On what grounds? Is it not possible for Naharnet to write more in details?

On the grounds that she's a woman and the grossly insecure Mr. Naji felt his manhood threatened. Inno it's Trablus ya khayyeh...

She's over qualified for the job...... bearded and turbaned goats don't like that.

Her journey began with the American University of Beirut, where she received her B.A., then she earned her M.A. from San Jose State University in the U.S., and later a Ph.D. in Social Policy and Administration from The University of Kent in the UK.

Tx. Wow! Sounds more than qualified to me. Probably over-qualified for Lebanese politics..

Yes I believe his totally LOL. Although I remember when the Shiite members of the Constitutional Council refused to attend a session to study an appeal filed by the FPM and Karateb, causing the lack of quorum. Then there was no political interference either, right Hezbollah and Amal?

She was a new face and I was happy to see a lady win the seat but since she was running on the mustaqbal ticket was not expecting she was going to move mountains.

The misogynistic Iranians and Syrians don’t allow Lebanese to empower women, unless they look like trash bags as we see on Manar Terror Networks.

True SOS they have to show signs of being subservient over their covered torso....

Whatever happened to the other 16 appeals submitted to Constitutional Council last June? Will the Council dare rule on those as well even though this could cause M8 to lose a dozen MPs?

Anti Syrian and well educated people do not get elected. Just see what Karami is asking for inserted of fighting for her.