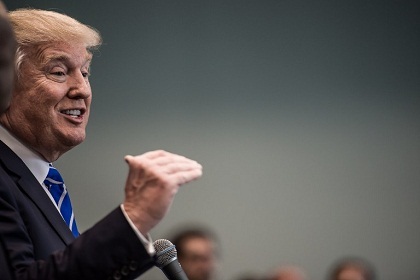 President Donald Trump is due to meet Friday afternoon with China's top trade negotiator, as talks continue to try to defuse the escalation of the tariff war between the world's economic superpowers.

The fourth round of talks have been underway all week, with senior officials meeting Thursday and Friday as Trump's threat to more than double tariffs on $200 billion in Chinese goods on March 1 looms over the discussions.

The White House said Trump would meet with China's Vice Premier Liu He, who is leading the delegation from Beijing.

Trump has signaled he could extend the March 1 deadline and said any final agreement likely would be sealed at a meeting with Xi.

Since July, the countries have hit out with tariffs on more than $360 billion in two-way trade, weighing on the manufacturing sectors in both countries and raising fears this could worsen a slowdown in the global economy.

Washington has demanded deep structural changes from Beijing to halt the theft of American technology, as well as the massive subsidies and the advantages granted to state-owned enterprises.

But analysts have said that will be tough for Chinese leaders to go along with and they are more likely to offer instead to buy huge amounts of U.S. goods to reduce the trade surplus -- a politically sensitive issue for Trump who views the trade imbalance as stealing from the United States.