Hariri and Miqati to Cooperate in Tripoli to Guarantee Electoral Win 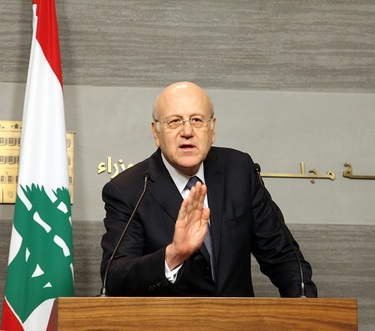 Prime Minister Saad Hariri and ex-PM and influential Tripoli MP Najib Miqati are likely to strike an alliance in order to secure the win of Dima Jamali in the northern city's parliamentary by-election after her seat was revoked by the Constitutional Council.

As per the new electoral law, the vote will be held under the winner-takes-all system and not proportional representation since competition is only over one seat. Also according to the new system, the polls will also held in Tripoli alone and not in the bigger Tripoli-Dinniyeh-Minieh district as happened in the 2018 elections.

Political circles are anticipating the final stance of Miqati, who had formed a list that ran against Hariri's list in the previous polls before shifting closer to the premier in the wake of the elections, a rapprochement that helped him secure a seat in the new government for Adel Afiouni, the State Minister for Information Technology Affairs.

Prominent Tripoli leaders said a Hariri-Miqati alliance will secure a certain win for Jamali, seeing as their political movements are the strongest in the city.

Al-Hayat newspaper meanwhile reported that consultations have already started between Hariri and Miqati, although the latter is still delaying the announcement of his support for Jamali pending contacts with other Tripolitan figures.