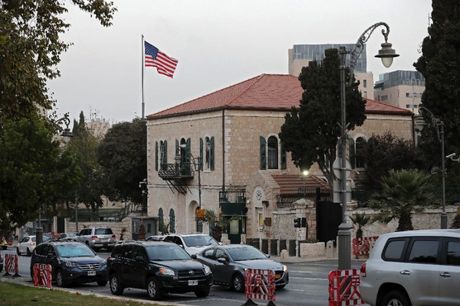 The US downgrade of its diplomatic mission to the Palestinians takes effect on Monday as it merges its Jerusalem consulate with the embassy to Israel, the State Department said.

"On March 4, 2019, US consulate general Jerusalem will merge into US embassy Jerusalem to form a single diplomatic mission," it said in a statement.

The consulate had served as a de facto embassy to the Palestinians since the Oslo accords of the 1990s.

US Secretary of State Mike Pompeo says the move first announced in October will not constitute a change in policy and is intended to improve "efficiency and effectiveness".

But Palestinian leaders see it as another move against them by US President Donald Trump's administration, which they froze contact with after his 2017 decision recognising Jerusalem as Israel's capital.

"The Trump administration is intent on leaving no room for doubt about its hostility towards the Palestinian people and their inalienable rights as well as its abject disregard for international law and its obligations under the law," senior Palestinian official Hanan Ashrawi said in a statement.