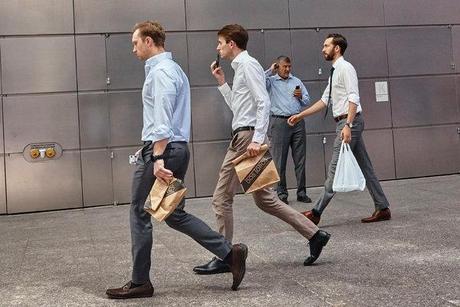 Global banking giant Goldman Sachs is loosening its tie as it works to stay current with younger employees who favor more casual dress.

Top brass at the investment bank announced a break from Wall Street's notoriously buttoned up and rigid dress, unveiled a new "firm-wide flexible dress code" that essentially directs bankers to use attire that is in line with client expectations.

The shift appears to be targeted especially towards clients in the hot tech sector, which is known for especially schlumpy, casual clothing.

"Goldman Sachs has a broad and diverse client base around the world, and we want all of our clients to feel comfortable with and confident in our team, so please dress in a manner that is consistent with your clients' expectations," said the memo, which was signed by the bank's top three executives, including Chief Executive David Solomon.

Perhaps worried about employees taking the new dress code too far, the executives reminded staff to "consistently exercise good judgment," adding that "All of us know what is and is not appropriate for the workplace."

The style shift -- which comes as Goldman and other Wall Street giants compete for talent with Silicon Valley behemoths -- drew barbs on Twitter, including images of "The Dude," Jeff Bridge's sloppy incarnation in the cult hit movie "The Big Lebowski."

The bank even poked fun at itself, tweeting a survey on what bankers should wear and saying it was "asking for a friend."