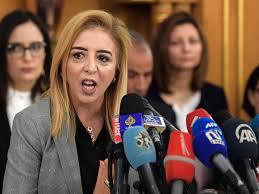 A dozen newborn babies whose deaths at a Tunisian state hospital sparked public outrage are believed to have been killed by an infection acquired in the clinic, the acting health minister said Monday.

Sonia Ben Cheikh told a news conference that a 12th infant had died at the Rabta state hospital in Tunis on Sunday.

According to the preliminary findings of the ongoing investigation, a nosocomial (hospital-acquired) infection caused the deaths, she said.

"The whole health sector is in a state of emergency," she told a news conference.

Reforms were needed to restore confidence, added Ben Cheikh, whose predecessor resigned Saturday in the face of a growing outcry over the deaths.

Prime Minister Youssef Chahed swiftly vowed that "those responsible for any negligence" will face prosecution.

Officials launched medical and judicial investigations after the premature babies began dying on Thursday at the Rabta state hospital in Tunis.

The public health system, once a source of pride in Tunisia, has been hit by management and financial problems that lowered standards and caused drug shortages.