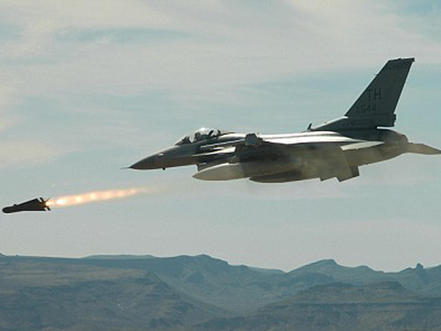 Thirty-one militants, many of them believed to have been Al-Qaeda fighters, have been killed in airstrikes in south-eastern Afghanistan, officials said Thursday.

The strikes were carried out in Ghazni province late Wednesday, where the defence ministry said they targeted a "base" belonging to the militants.

"Qari Aref, one of the facilitators (for Al-Qaeda) was transferring these 31 terrorists, including nine suicide bombers, in several cars when targeted by airstrikes and eliminated," the ministry said.

It described the fighters as all belonging to the Middle Eastern jihadist group, although a spokesman for the Ghazni governor said fighters from the Taliban-affiliated Haqqani network were also present.

The defence ministry did not specify who carried out the airstrikes. Only Afghan and US forces in Afghanistan conduct airstrikes.

The Ghazni governor's spokesman, Mohammed Aref Noori, said the strikes had been carried out by US forces, but there was no immediate confirmation of his claim.

Al-Qaeda is still believed to be active in parts Afghanistan and Pakistan, where some of its surviving leadership such as Ayman al-Zawahiri are thought to be hiding.

While still regarded as a threat by Afghan and US officials, the group has not been able to conduct major attacks in Afghanistan or repeat the spectacular success of the September 11, 2001 attacks by hijacked airliners on New York and Washington.