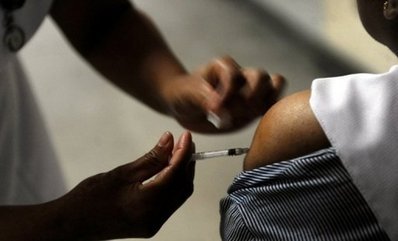 Children injected with the Pandemrix swine flu vaccine were nine times more likely to contract narcolepsy than those who were not vaccinated, a preliminary study by Finland's National Institute for Health and Welfare, THL, showed Tuesday.

"Currently, the most likely explanation is that the increase in narcolepsy is by joint effect of the vaccine and some other factor(s)," THL said.

The institute stressed in its preliminary study that more investigation was needed, but said young people aged four to 19 had a "manifold increased risk of falling ill with narcolepsy" if they had been inoculated against swine flu with Pandemrix.

Finland launched an aggressive inoculation program against the H1N1 virus in 2009, but last August THL recommended discontinuing the use of Pandemrix until it could study whether it was connected to a sharp rise in the instance of narcolepsy cases in the country, especially among children.

The European Medicines Agency also launched a probe into the suspected connection.

Narcolepsy is a sleep disorder which causes extreme fatigue and often results in the patient falling soundly asleep without warning, even in the middle of an activity.

Doctors in Finland reported a more than tripling of narcolepsy cases during the swine flue pandemic, and THL said "the risk of falling ill with narcolepsy among those vaccinated in the 4-19 years age group was nine-fold in comparison to those unvaccinated in the same age group."

Fifty-two of the latest cases, or 90 percent, occurred in youths who had received the Pandemrix vaccine, THL said, adding most of the patients developed narcolepsy symptoms between two and 10 weeks after being vaccinated.

No changes in the number of cases were observed in children under four or youth over 19 years of age.

"The observed association (with the vaccine) is so evident that it is unlikely that other so-called confounding factors could fully explain the phenomenon," THL said, adding its next step was to evaluate if other factors had created "joint effects" with Pandemrix.

So far, an unusual spike in narcolepsy patients has only been observed in Finland and Sweden despite the fact that the vaccine Pandemrix has been used on more than 90 million people in 19 countries.

In Iceland, narcolepsy cases among youth also increased markedly, but this was not restricted to those who were inoculated against swine flu, said THL.

The final report from Finland's national narcolepsy task force will be released by 31st August 2011.