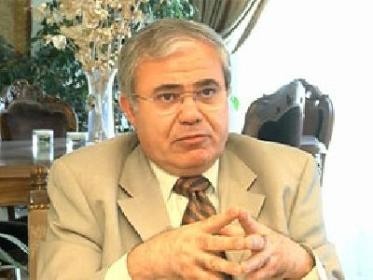 MP Mario Aoun of the Free Patriotic Movement on Sunday accused al-Mustaqbal Movement of “violating governmental solidarity” through its latest stances, amid a war of words between the two movements.

“Al-Mustaqbal Movement’s stances through the media are certain political stances during the period in which the Brussels conference was held and they somehow have violated governmental solidarity,” Aoun told Radio Liban in a phone interview.

“What happened at Brussles was a mistake, seeing as it turned out that money will be paid to keep the refugees (in Lebanon) rather than return them to Syria,” Aoun added, echoing remarks by FPM chief MP Jebran Bassil.

“These campaigns are a passing cloud that will not last, because we are governed by consensus. If the government falls, CEDRE will fall together with all the things we are awaiting in order to overcome the difficult situation we are living in,” the MP went on to say.

He added: “No one can take responsibility for toppling the government and going backwards amid a very difficult situation. This would be suicide at the domestic political level.”

Defending Bassil’s remarks, Aoun said: “Minister Bassil’s remarks should have been voiced and PM Hariri, who formed the (Brussels conference) delegation, committed some sort of mistake when he failed to ask the relevant minister to accompany him to Brussels.”

“Bassil’s remarks aimed to avoid a repetition of the mistake,” he said.

Aoun, however, ruled out further escalation in the confrontation between the two parties, noting that “things are headed for pacification.”

Does anyone know how this Luigi Aoun is related to the crook in chief Michel? Apart from belonging to the same criminal organization.

That’s defo something in common. I noticed similarities in the height. Both are below 160cm.... which makes me wonder if Bassil isn’t also the son the mysterious man giving birth the monster looking individuals. If this turns out to be accurate, It’d mean Bassil married his sister. What a twisted family of freaks!

mario aoun and the fpm: the @chezmaurice of Lebanese politics

“Minister Bassil’s remarks should have been voiced and PM Hariri, who formed the (Brussels conference) delegation, committed some sort of mistake when he failed to ask the relevant minister to accompany him to Brussels.”

But when the 'relevant' minister goes to Damascus without the PM's approval you see no effect on government solidarity, right loser?

Mr. Mario Aoun is something I respect.