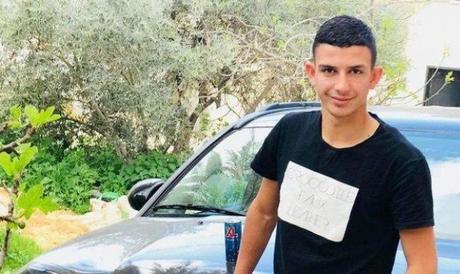 Israeli forces on Tuesday shot dead a Palestinian suspected of killing an Israeli rabbi and a soldier in the occupied West Bank, the Shin Bet internal security service said.

Troops, police and security agents surrounded a building in the West Bank village of Abwein, north of Ramallah, in which the suspect, Omar Amin Abu Laila, was hiding according to a Shin Bet statement.

"The assailant opened fire at our forces and was killed during the exchange of fire," the statement said, adding that no Israeli personnel were injured.

Villagers said that the Israeli forces had first called through loudhailers for the suspect to surrender.

In Sunday's attacks, near the Israeli settlement of Ariel, the Palestinian assailant fatally stabbed soldier Gal Keidan, 19 and stole his weapon, the army said at the time.

He then fired at Israeli motorists, hitting 47-year-old rabbi Ahiad Ettinger, a resident of the Eli settlement, who later died of his wounds.

The rabbi fired at his attacker during the incident, according to his family, but the assailant escaped.

"I congratulate (them) for the speedy action which brought about the elimination of the despicable terrorist," he wrote on WhatsApp.

"Israel's long hand reaches anyone who harms our citizens and soldiers."

Shin Bet said that the suspect was found after "intensive intelligence and operational activity" by its agents, the army and the police anti-terror unit.

It was, the statement said, "the culmination of an intelligence and operational effort that began immediately after the attack, during which intelligence, operational and technological capabilities were utilized."

Sunday's killings came at a sensitive time ahead of Israel's April 9 elections and Netanyahu, whose popularity rests largely on his reputation as a security hardliner, had vowed to catch the "terrorists" behind it.

He visited the site of the attack and pledged tough action, including the demolition of the assailant's home.

Palestinian attacks against Israeli soldiers and settlers occur sporadically in the West Bank, under Israeli occupation since the 1967 Six-Day War, but Sunday's came amid the final weeks of the electoral campaign.