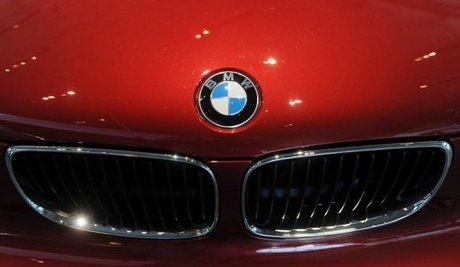 A spokesman said that "well below" could indicate a tumble of more than 10 percent.

The Munich-based group's 2019 result will be burdened with massive investments needed for the transition to electric cars, exchange rate headwinds and rising raw materials prices, it said in a statement.

Meanwhile it must pump more cash into measures to meet strict European carbon dioxide (CO2) emissions limits set to bite from next year.

And a one-off windfall in 2018's results will create a negative comparison, even though pre-tax profits already fell 8.1 percent last year.

Bosses expect a "slight increase" in sales of BMW and Mini cars, with a slightly fatter operating margin that will nevertheless fall short of their 8.0-percent target.

BMW aims to achieve 12 billion euros of savings in the coming years through "efficiency improvements" including reducing the complexity of its range.

"Our business model must remain a profitable one in the digital era," chief executive Harald Krueger said.

This year, most new recruits at the group will be IT specialists, while the total number of employees is set to remain flat at around 135,000 worldwide.

Departures from the sizable fraction of the workforce born during the post-World War II baby boom and now reaching retirement age "will allow us to adapt the business even more to future topics," BMW said.

All the firm's forecasts are based on London and Brussels reaching a deal for an orderly Brexit and the United States foregoing new import taxes on European cars.

"Developments in tariffs" remain "a significant factor of uncertainty" in looking to the future, finance chief Peter said, adding that "the preparations for the UK's exit from the EU will weigh on 2019's results as well."

BMW shares were down 4.6 percent in midday trading while Frankfurt's blue-chip DAX 30 index was 1.2 percent lower.