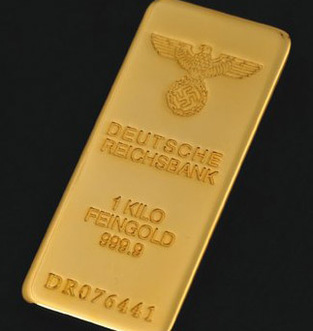 Indian laborers have unearthed gold bars from a British cargo ship that blew up killing hundreds of people while docked in Mumbai during World War II, a report said on Tuesday.

The Mumbai Mirror newspaper said that workers discovered gold bars from the SS Fort Stikine late on Monday while digging a new dock in the port city. Further dredging would now be conducted to see if more can be found, it added.

Preliminary examinations suggested that the gold -- in two bars weighing 100 grams and 50 grams (three and a half ounces and one and three quarter ounces) -- was from the stricken ship, a senior police officer was quoted as saying.

"The contractors have told us about having found gold and the bars belonging to the lot that had sunk with (the) Fort Stikine," said senior officer Quaisar Khalid.

The Fort Stikine was carrying a cargo of cotton bales, gold, explosives and munitions and had not been unloaded when it caught fire at Victoria Docks in the city then known as Bombay on April 14, 1944.

The resulting blast scattered debris for miles (kilometers), fires raged for days and dozens of other vessels in port were destroyed. Between 200 and 800 people were reported to have been killed.

The gold, with an estimated worth of between one and two million pounds at the time, was destined for a city bank to offset the impact of the war on Indian exchange rates.

Some of the gold was found up to the 1970s and returned to the British government but none has been found since then, the daily tabloid said.