IS 'Caliphate' Now Gone, What's Next for War-Torn Syria? 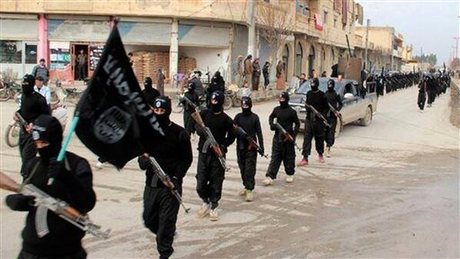 The elimination of the Islamic State group's physical "caliphate" closes a long chapter in the Syrian conflict but the country's eight-year war is far from over.

What fronts or tensions look likely to flare up next?

U.S.-backed forces pronounced the death of the IS proto-state Saturday, after a nearly five-year battle against the jihadists ended in victory in eastern Syria.

But the Kurdish-led Syrian Democratic Forces and their backers from a U.S.-led military coalition fighting them have warned the fight is far from over.

IS maintains a presence in Syria's vast desert as well as sleeper cells in other areas of the country, and have continued to claim deadly attacks in SDF-controlled areas.

"In the immediate future, we will see IS focus entirely on insurgency and hit-and-run attacks rather than efforts to reclaim territory" in Syria, jihadist expert Tore Hamming said.

"In this period it is important for the group to showcase some level of continued strength," he said.

As Syria's Kurds celebrate the spring festival of Nowruz, many of the Kurdish fighters who have spearheaded the U.S.-backed fight against IS are looking forward to going home.

But now the "caliphate" has fallen, the hard-won semi-autonomy of the Kurds will be left in peril if their key US ally goes ahead with an announced pullout.

Syria's Kurdish minority have largely stayed out of the civil war, instead building a semi-autonomous region in the country's oil-rich northeast.

That region is both in the sights of neighboring Turkey, who views Kurdish fighters as "terrorists", and the Damascus regime of President Bashar al-Assad making a territorial comeback.

US troops in northeastern Syria have until now shielded the region from a long-threatened Turkish offensive and a government return whether by deal or by force.

But President Donald Trump in December shocked his allies by announcing the withdrawal of all 2,000 American troops, but the White House later said 400 U.S. would stay "for a period of time."

The possibility of a pullout has forced the Kurds to mend ties with Damascus to prevent any Turkish incursion at the expense of their partial autonomy.

Analyst Nicholas Heras said the longer U.S. troops stayed around to help the SDF build a local security force to root out IS sleeper cells, the better for the Kurds.

"The American presence in Syria is the SDF's best bargaining chip when it comes to making... Assad respect its desire for local self-rule," the analyst with the Center for a New American Security said.

But two major areas remain out of their reach: the large northeastern swathe held by the SDF, and the northwestern bastion dominated by Syria's former Al-Qaeda affiliate.

The region of Idlib -- since January under control of Hayat Tahrir al-Sham -- is protected by a fragile deal between Damascus ally Russia and rebel backer Turkey.

The deal, signed in September, has managed to stave off a massive regime offensive on the region of some three million people but violence has escalated in recent weeks.

Air strikes and shelling by regime forces have killed dozens of civilians and displaced tens of thousands, according to the Syrian Observatory for Human Rights.

But analyst Sam Heller of the International Crisis Group said the deal would likely hold for now.

"Russian and Syrian government bombing of Idlib thus looks more like a pressure tactic than a prelude to a full-scale attack on the Idlib zone," he said.

The Syrian regime, like Turkey, is hoping for a U.S. departure from SDF-areas to resume government control there, he said.

"It seems to me that the Syrian army will also wait for the departure of the U.S. to be able to rapidly seize a maximum of territory in the northeast," he said.