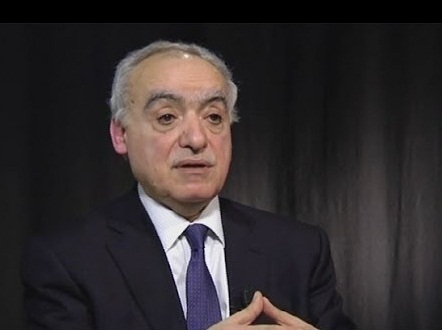 "It's an opportunity for the Libyans," Faki said during a press conference in Tunis, on the sidelines of an Arab League summit in the Tunisian capital.

"It's high time that the (political) actors discuss the fate of their country," Faki said.

Libya has been mired in chaos since the 2011 ouster of dictator Moammar Gadhafi and a series of international efforts have so far failed to unite the country.

The United Nations is due to hold another conference next month in the central Libyan city of Ghadames, which is aimed at drawing up a "roadmap" to lead to elections.

Between 120 and 150 delegates are expected to attend the forum from April 14-16, U.N. envoy Ghassan Salame said earlier this month.

The U.N. backs a Government of National Accord in the capital Tripoli, while a rival administration in the east is supported by Khalifa Haftar and his self-styled Libyan National Army.

Reaching a lasting accord is seen as vital for creating stability in the country, as well as getting the economy back on track.