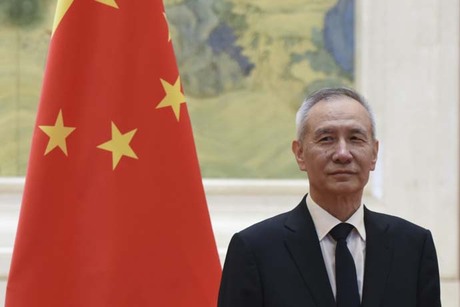 President Donald Trump is set to meet with Chinese Vice Premier Liu He on Thursday, officials said, signaling that a deal to end a tariff battle between the two countries may be close.

Trump will meet Liu, who is also China's top trade negotiator, in the afternoon at the White House, according to an official scheduling note from the president's office.

US and Chinese negotiators are working to find a binding agreement to address Trump's complaints about years of unfair treatment of US companies by China, which would allow a rollback of the tariffs hitting businesses in both countries.

US officials say that China has been using unfair trade practices for years by heavily subsidizing its companies while snatching the technological know-how of American firms.

On March 29, Trump said that negotiations to end the bruising tariffs battle with Beijing were going "very well," but reiterated that he will only accept a "great deal."

Trump said that US and Chinese negotiators were close to a deal, but US officials however played down expectations of an imminent agreement.