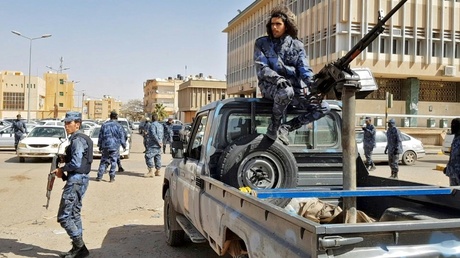 Forces loyal to Libyan strongman Khalifa Haftar were pushed back Friday from a key checkpoint less than 30 kilometres from Tripoli, checking their lightning advance on the capital, a security source said.

Militiamen from the coastal town of Zawiya, west of Tripoli, retook the base after a "short exchange of fire", the source said on condition of anonymity.

The militia is one of dozens that have proliferated since the overthrow of veteran dictator Moamer Kadhafi in a NATO-backed uprising in 2011 and are variously aligned with the UN-backed unity government in the capital and a rival administration in the east backed by Haftar's forces.